The Most Anticipated Hair Trends For Spring 2013 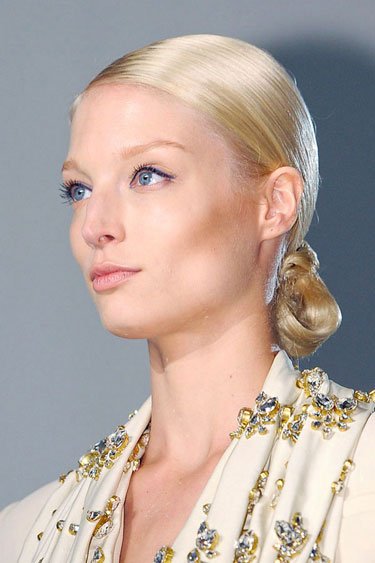 Tying The Knot
Simple and striking are two ways to describe the tightly wound knots seen on the runway. As hairstylist Guido explained of his low chignon at Ralph Lauren, “It’s a very chic, put-together style…This look goes along with what I typically think we create in New York in that it’s very American and wearable…” To master your twist, blow-dry hair straight, create a clean center part if wanted, and secure hair into a firm ponytail at the nape, spritzing with shine mist. From there, you can wrap the tail into any number of looks—a loop with the ends pointing up or tucked under, a round ballet bun, or the classic double knot—sealed with a shot of anti-frizz spray. 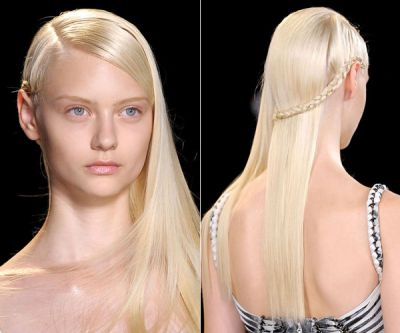 Making The Braid
There’s something endlessly appealing about a braid, especially when it was shown so many ways this season. Things got super intricate at Marchesa and Hervé Léger, where plaits crisscrossed the head or formed an equestrian harness across the back. The look was refreshingly simple at Balmain, with a single, slightly messy weave tied with an elastic (easy enough to do without a mirror) and at The Row, where hair was twisted back in two sections, mimicking a braided-like effect. 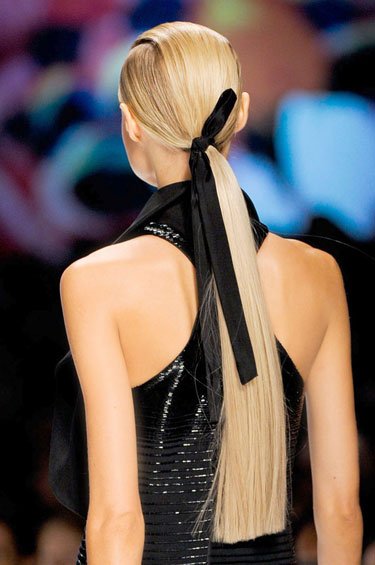 The New Low Pony
The modern ponytail was defined by two factors: it was positioned low, hovering just at or below the nape, and ironed straight, which beautifully emphasized the length of the tail. From there, variations came into play. At Michael Kors and Elie Saab, a wide hair band held strands in place while at Etro a black ribbon provided an elegant touch. Over at Akris, strands were pulled forward to form a round silhouette that framed the face, and at Elie Saab locks were subtly tucked behind the ears. As for which style you think is most chic, take your pick. 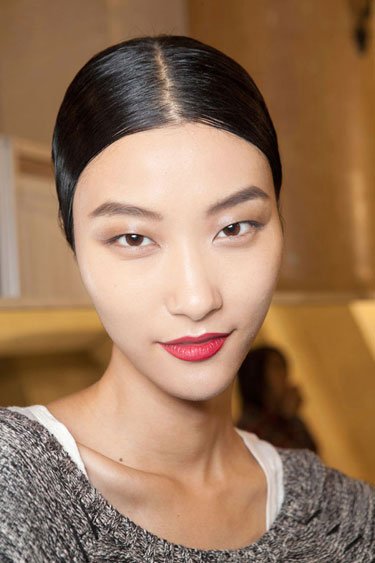 So Slick
Remember the “wet hair” trend from last spring? It’s back but worn in a less drenched-from-the-ocean way. At Carolina Herrera, Loewe and Rodarte, hair was slicked down into graphic center and side parts around the crown. At Nina Ricci, dewy strands were raked into a shiny French twist while at Thakoon and Alberta Ferretti, glossy “goddess” waves abounded.

Rock n’ Roll Waves
Hairstylists took inspiration from nineties grunge backstage, giving hair a tousled effect that suggested the hair wasn’t really “done” at all, but left loose and flowing with a natural bend. In reality, creating the look does require some effort. At Versace, hair pro Guido applied volumizing foam to damp hair and rough-dried with his fingers, scrunching up the ends before twisting strands into a bun and misting with aerosol hair powder for texture. After hair had set, he released the bun and sprayed with more powder for a “cool-girl” look that was sexy and “uncomplicated.” 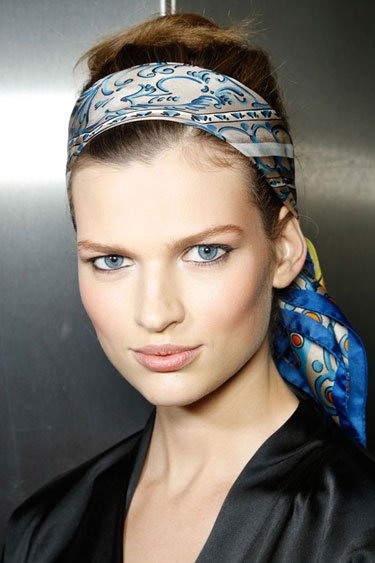 Topping It Off
Hair accessories have been dominating—and often stealing—the show for the third season running. This time around, there were sporty neon bands slipped on the head (Fendi), brass sculpted branches worn like a crown (Balenciaga), oversized fabric flowers tucked into ponytails (Rochas), pretty pearls draped down the nape (Chanel) and impossibly chic beekeeper-inspired headpieces (Alexander McQueen). Not feeling quite that bold? Look to the gorgeous printed scarves tied around the head (Dolce & Gabbana, Marc by Marc), which give your off-duty look a chic spin. 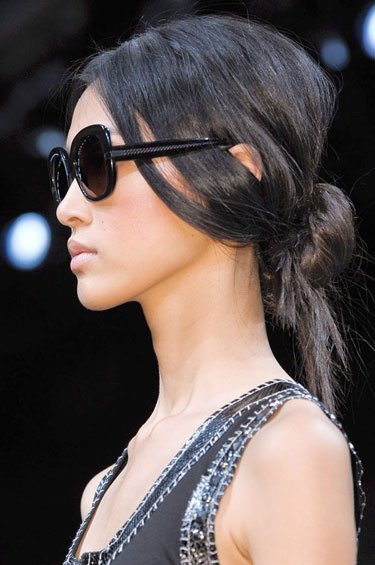 Undone Updos
At shows like Donna Karan, Vera Wang, Chloé and more, it looked as if the models might have left the hair stations a bit too early—with strands only semi-fastened in place. Turns out, the effect was entirely intentional. So whether you’re pinning your hair up into a twist, pulling it into a bun, or wrapping into a ponytail, there’s something to be said for not making things too tidy. A little casual coolness goes a long way this season.

Schedule an appointment, call us today. 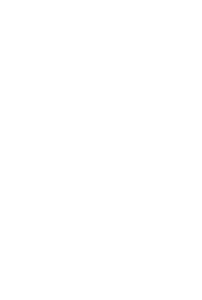 I highly recommend this charming hair salon situated in a cozy area of Herndon. My hair is naturally very dark and I wanted to go blonde. They got me there. They were very patient and used excellent, non-damaging products on my hair, telling me what they were going to do step-by-step while giving me advice in how to maintain my hair. They even tinted my eyebrows just right.